Every Tuesday evening I hold a course in miracles study group in my apartment. This past Tuesday as we were having a discussion I had a very acute awareness that I was splitting my mind. One part was present, engaged in the conversation, while the other was trying to figure out what each person was thinking. How they were feeling. Analyzing the dynamics between everyone.

After watching this for a bit I realized it was totally unnecessary, and that I had the power control whether this happened. That I could instead pull this back and be fully present with these people. This really allowed me to see everyone. Not as some mental fabrication that I constructed, but who they actually were. They really started coming to life, and I really started to enjoy myself.

Since then I’ve been constantly playing with this idea of a split. Watching myself as it happens. Seeing how it makes me feel, and then bringing it back home. When I am able to bring that split back and consolidate myself, I feel like a different person. A person I have seen flashes of over the years, but it’s never been consistent. And I realized tonight that this split represents a transition. A passing of the torch. A death and a birth.

Growing up, I built my identity based on isolation and video games. It was rigid, nervous, static, “safe”. It was like wearing a thick hoodie that I was hiding within. Trying to make sure no one could see me.

I feel this identity is very much represented in that split. Whenever I see the split happening, I feel this identity in my body. How uncomfortable it is. How rigid and compulsive it’s thoughts are. How it’s trying to categorize everyone into little boxes so it can “understand” them. So it knows how to behave to evade any real interaction. So it knows how to avoid being seen.

When I pull this split back, there is a new identity taking hold. Instead of this restrictive, rigid winter jacket, it’s more like a lightweight jacket. Something both casual yet a little dressy. Easy to move in. It makes me feel confident, loose, clearheaded, calm. 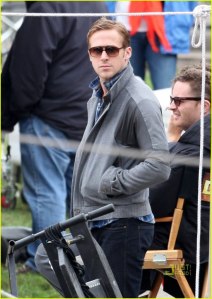 This new identity has been building its strength for a while now, and is ready to take over. It doesn’t need that old structure anymore. It’s still fighting to hold on, but we can all see that it’s over. It’s time has passed. That there is a new life waiting for me now. Joy and happiness to be had right here. Dangling at my fingertips. Things that were completely unknown to me with that old identity, but that I am now ready for. Especially now that I have this slick new jacket that I can really move around in.

It feels now like I’m saying goodbye. Not angrily, or like I’m in a huge rush. The train is slowly pulling out of the station and this old self is still running beside me, waving, trying to catch my attention. I’m smiling and waving back, knowing that the train will soon pull out of the station, pick up speed, and that I’ll never see him again.

I’m not sure where this train is headed, but that doesn’t concern me. It just feels good to be moving again, windows down, wind whipping through my hair, getting to see the countryside and interact with some new people. I’ve made some wonderful friends already, and we’ve barely just left 🙂